Music is a big part of my life. I am a rocker at heart, but I truly enjoy all types of music. Rock. Metal. Country. Blues. R&B. Classical. Easy Listening. If you were to search my iPod, you would find tracks from KISS, Elvis Costello, Springsteen, Petty, Cash, Dwight Yoakom, Motorhead, Michael Jackson, Dave Dobbyn, B.B. King, Ray Charles, and ABBA. Yes, you read correctly, ABBA. I admit it: I am an ABBA fan! Formed in the early 1970s in Sweden by Agnetha Fältskog, Björn Ulvaeus, Benny Andersson and Anni-Frid Lyngstad, they went on to become international superstars! Even if you are the type of person that won’t admit it, you know whenever you hear “Dancing Queen”,  “Does Your Mother Know”, or “Mama Mia” you have to sing along and move to the beat.

And the ABBA ladies! They made music videos sexy before it was a trend. In several videos and live performances, Agnetha’s and Anni-Frid’s short skirts barely covered their assets. And when Agnetha turned her back to the camera and gave a little wink over her shoulder…S.O.S.! One thing for sure, ABBA knew how to sell a video in their day. Not innovative at all by today’s standards, but they utilized unique camera angles to include side views of Anni-Frid with a straight shot of Agnetha singing straight into the camera or the two standing back to back as they sang, swayed, and smiled. And Björn and Benny wrote romantic songs and no setting or background was off limits to their lyrical prowess. For example, the love song “Fernando” is set in the Mexican Revolution and oozes romance from fear and cannon fire!

“I was so afraid Fernando. We were young and full of life and none of us prepared to die. And I’m not ashamed to say the roar of gun and cannons almost made me cry”. -”Fernando” Lyrics by Benny and Björn.

Truly brilliant! Under their pen, divorce and breakups became anthems of sadness, hope and even regret. One needs to listen no further than the songs “One of Us” or the haunting “Knowing Me Knowing You” for proof that broken hearts translated into ABBA pop song gold.

One of my musical regrets is that I never had the opportunity to see ABBA perform live. So, as one might imagine, I became very excited to learn that the Swedish musical powerhouse had reunited and that they had written and recorded two new songs!  As I researched the new tour possibility, my excitement dissipated when I discovered it would be a hologram tour. Yes, hologram. The two new ABBA tracks, “I Still Have Faith in You” and “Don’t Shut Me Down” will be performed only at the hologram show by the band’s “ABBAtars”. The “ABBAtars”  will appear as the group looked in the seventies and sing to recorded music. I wish I could have faith that ABBA will really reunite, but that hope has been shut down with the knowledge that it is a hologram tour and nothing more. “Help me, Obi Wan Kenobi. You’re my only hope.”

Hologram tours are becoming popular and those that support this kind of show view it as a way to see, hear, and experience musicians no longer with us; Elvis Presley, Roy Orbison, Michael Jackson, Frank Zappa, Whitney Houston, and Ronnie James Dio to name a few.  In Dreams: Roy Orbison in Concert – The Hologram Tour, The Bizarre World of Frank Zappa Hologram Tour, and The Ronnie James Dio Holo Tour are all set to launch sometime this year and tour into 2020. These hologram tours combine live musicians with the hologram star. Although the music will be live, a hologram is no substitute for the actual performer. To each his own, but for me, it’s just not the same. I attended the Cirque du Soleil show Michael Jackson ONE in Las Vegas a couple of years ago. The Michael hologram was a technological wonder, but it was very much like seeing a live show that included video footage. It was not Michael, it never seemed like Michael, and I am sure it was nowhere near the experience of his actual live show. One thing the show did succeed at was reminding me that I miss Michael.

To my knowledge, ABBA is the only group to embark on a hologram only tour while the members are still alive and able to perform. The Rolling Stones are actually the same age as ABBA, with only one member younger, and they are are still out there touring. For now, ABBA will only tour as hologram “ABBAtars”.  I am disappointed by this turn of events. I know they are older now, but I would love to see ABBA tour one more time in the flesh. I’m sure all ABBA fans would agree with me when I declare, “Mama Mia, that would be an awesome experience!” 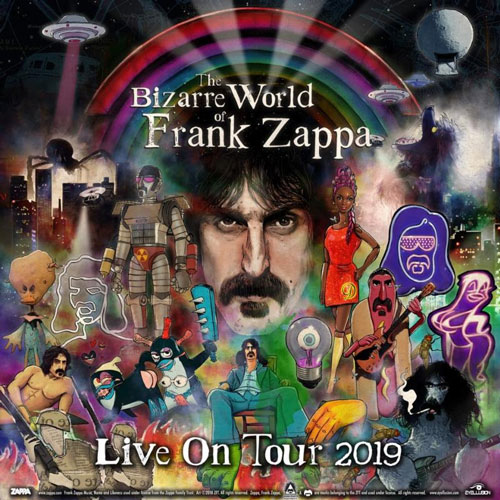 Not sure if the Roy Orbison hologram show is still touring. From my research, this show appears to be from 2018.