Fans of Elvis Costello are often considered by most to be an eclectic bunch of music fans. I am proud to say I am a part of that fan base! Time to pump it up with my top ten Elvis Costello tunes!

I was first introduced to Elvis Costello back in my college days in Topeka, Kansas. The band I played in, On the Edge, covered his tunes “Radio, Radio” and “Mystery Dance”. These tunes were always greeted enthusiastically by a few of the bar patrons we were playing for and usually filled the dance floor with those that just wanted something funky and hip so they could put down their beer and dance. 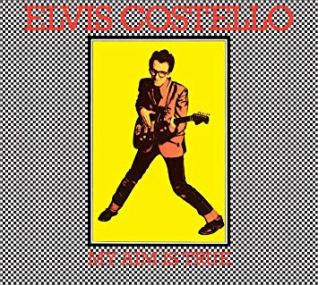 My Aim is True by Elvis Costello

Several months ago, Costello released a new album titled “Look Now?”. The only song that made my top ten from this album is “Burnt Sugar is So Bitter”, which Costello wrote with Carole King in the 90s. The song “Stripping Paper” would fit right into my number eleven spot. A bit of an emotional tune comparing the layers of wallpaper being stripped off during a remodel to the history of a couple and the layers of their life together…simply brilliant. 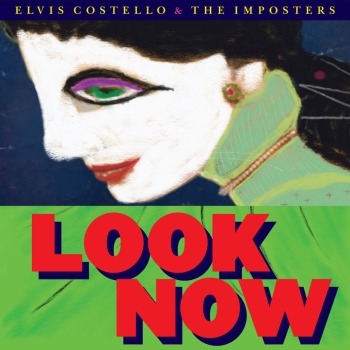 I never had the opportunity to witness Costello’s live show until last year in Las Vegas…actually I still have never experienced his live show. He cancelled his concert dates at The Wynn Hotel and Casino in Vegas. The press release that announced the cancellation simply stated that Costello had to cancel due to personal reasons. At the time, Steve Wynn, casino magnet and owner of The Wynn Hotel and Casino, was all over the news due to sexual misconduct allegations. I was pretty upset with the cancellation and vented and speculated about why he cancelled quite often to my good friend Zack. We both came to the conclusion that if it was in protest to Steve Wynn’s behavior, Costello is the kind of entertainer that would come out and state that fact. He never did, although I am sure he found the allegations appalling, as did Zack and I. It came to light later that Elvis Costello was battling some health issues.

If you want to catch Elvis Costello on tour, he is back out there and will be on tour this summer with the rock group Blondie! I checked the tour dates and no Japan and that is as bitter as burnt sugar!