The other day, while commenting on a friend’s Facebook post, I was reminded of a Kansas City rock band called Shooting Star (thanks Mark!). Shooting Star was formed in the late 1970s and was soon playing all the top spots in the Midwest. Because they had a violin player, they were, unfortunately for them, labeled the “mini-Kansas” of rock-n-roll. I say unfortunate because the nickname was almost a death curse for the band. Shooting Star started out with much heavier, straight forward in your face guitar riffs and were less progressive. They were nothing like Kansas, whom I also think is a great rock-n-roll band (see my blog “C’mon Dorothy, Never Heard of Kansas?!” April 6, 2019). 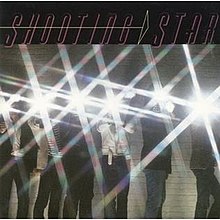 In 1979, Shooting Star released their self titled album and scored a minor hit with “You Got What I Need”, even though songs like “Last Chance” and “Wild in the Street” were stronger tracks. In 1981, the band scored another minor hit with the track “Hollywood” off their second album, Hang on for Your Life. Again, a good tune, but the title track, “Hang on for Your Life” is the best song on that album. As the years progressed, the band survived several lineup changes and released several more albums with a minor hit from time to time, but they were never able to hit it big on the national stage. I was fortunate enough to see them in concert a couple of times and they are an exciting band to see live. They may have lasted about as long as a shooting star, but definitely worth any rock music lover’s time to explore. So, crank up “Last Chance” and hang on for your life!

Here’s your last chance to check out my Shooting Star top ten! Are you ready? And a big thank you to my friend Mark Myer for the inspiration! Rock on!

“Last Chance”…Starts slow, but kicks in! Give it a listen!