Back in the summer of 2019, Melissa’s brother, Mike, and his wife, Judy, flew across the Pacific to explore our backyard: Japan! We visited as many cities as we could in a span of two weeks: Tokyo, Osaka, Nara, Kyoto, Hiroshima, Miyajima, and Mt. Fuji. We had a great time together exploring Japan, but had an even better time just being together as a family. On their last night in Japan, we said goodbye with happy, but heavy hearts promising to be together again as soon as possible. That promised reunion seemed impossible five months later. 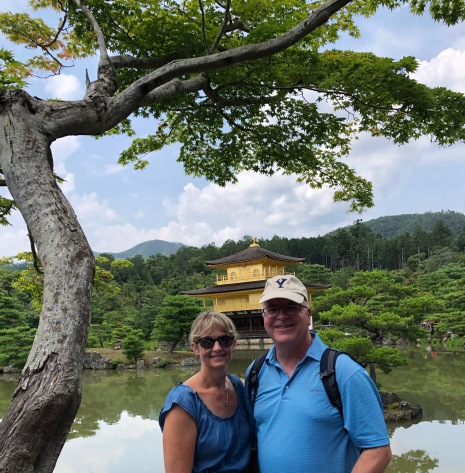 That very December, right after Christmas, Judy’s body began to fail her. She suffered a severe case of ulcerative colitis that hospitalized her for a couple of weeks. She battled and overcame this attack on her body and left the hospital to continue recuperating at home. And then her body failed her again mid-February 2020 in the form of a stroke. As she now battled the effects of the stroke, she was also dealing with nutritional issues due to the colitis. On March 12, Mike found her unresponsive and called 9-1-1. She had just suffered a second stroke. As she was rushed to the hospital, a pandemic was beginning to destroy the world, but we still had hope.

Judy has spent all of 2020 critically ill. The second stroke was devastating. During the operation to remove a clot in her brain, the surgeon came out mid-operation and told us to prepare for the worst…she would probably not survive the operation. In fact, before he operated, he actually told us that if she was thirty years older (she is only 56), he would not even attempt the operation to save her! We all prayed to God to save her. My wife, Melissa,  shared her specific prayer which asked God to save her in a way that could only be described as a miracle, if it was His will. She survived the operation and the first time the doctor saw her on his rounds after the operation, he used the word MIRACLE to describe her recovery, as did the nurses! Other doctors in the hospital came to see Judy and told her they were told by other doctors and nurses to come see GOD’s MIRACLE! It was a long hard road, but she is at home now on her way to recovery! God is Great and YES! He performs MIRACLES! Praise the Lord and AMEN!

We love you Judy! Keep on keeping on! And we will ALL remain!

You can read about our summer adventure in Japan in posts right here at A Thousand Miles from Kansas! “The Japanese Whirlwind Parts 1-6” at the following links: